History of the Kiwi Waka Festival

For years I hoped that someone would have the courage to start our own, “Waitangi Day
Celebrations” on the Northern Beaches.  In August 2005, I decided to be that someone.

Although feeling absolutely nervous and exited, I called on a very good friend of mine, Moana
Mikaere, and said to her “I’m Ready Now”. She knew straight away, what I meant. With passion,
determination, and the guidance of great friends, Moana, her wonderful cousin Monique, and
Joy Yates, we started planning to get this event up and running for the Community.

The name “KIWI WAKA”, was created by myself and Moana. Our meaning is: The Journey of our
Maori Tribes by Waka (Canoe). The  name “KIWI” is the flightless native bird of New Zealand and
a Global name that unites all New Zealanders as one “KIWI”. 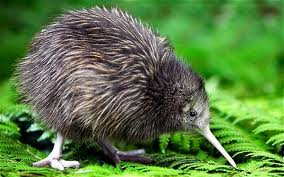 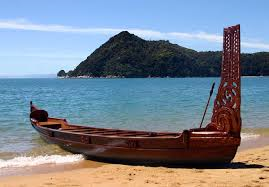 The meaning of “Waitangi Day” is commemorating the signing of the Treaty of Waitangi
February 6th, 1840, by Maori chiefs and representatives of the British Government. The treaty
provided the basis for the British Annexation of New Zealand.

A lot was happening on the West Side, with the “Waitangi Day Celebrations”, however, it was long
way to travel with kids and tiring on our Kaumatua (Elderly). I thought it better to have our own
here on the Northern Beaches. Our first year of Kiwi Waka in 2006 was an  amazing day, with so
much support from our Community.

I was absolutely overwhelmed by the response. Even having taken a 2 year break,  Kiwi Waka was
back in 2009, with great support and relief from the community.  Later in 2009 and with the
support  and guidance of a great wahine Joy Yates, we decided it was time to establish a committee
and register Kiwi Waka for the 2010 festival as a not for profit incorporation. Here we are again in
2012 with interest and support growing in numbers and experience and confidence in ourselves to
organise and promote this yearly festival.

A Big Thank You to our Sponsors, Our Committee Members, Volunteers & Supporters.